Brockville is one of the oldest incorporated cities in Canada, and marks the eastern edge of the 1000 Islands. Located at the east edge of the Brock Group of islands, Brockville is a convenient place for boaters heading either up river or down river to find shopping and entertainment.

During the War of 1812 a blockhouse was built on the rocky island at the waterfront to protect the town. The island is now connected to the mainland and the blockhouse has long since been torn down, but Blockhouse Island remains a popular spot with both locals and visitors alike.

The railway tunnel that was built under the town in 1860 to join the dockyards at the waterfront to the main east-west railway about 1 km to the north has been transformed with a million dollar sound and light show and is one of the most popular attractions in south-eastern Ontario. Admission is free and donations encouraged. Brockville’s newest attractions is the Aquatarium, a world class marine discovery and wildlife centre.

Brockville is the last port of call for the Tall Ships Festival.

Check-in at the Visitor Information Center at 10 Broad Street for information on shopping, dining and accommodations.

Brockville offers a variety of docking facilities including:

Brockville welcomes cruisers, sailboats, yachts, tall ships and passenger cruiseships. Harbour services at the marina include canteen, showers, laundry, electric and water hook-ups. Overnight reservations are available from May to mid-October at the Harbour Services Building.

With both seasonal and overnight slips available, the Tall Ships Landing Coastal Resort has 80 boat slips, as well as launching ramps for your wave runner, canoe or kayak. Check-in at the marina hut upon arrival.

Gilbert Marine is the westernmost facility identified by its large 1830’s stone building. It caters mainly to powerboats with 30 seasonal slips, and room for one transient boat up to 9 m (30 ft) long. The depth is 1.8 to 2.5 m (6 to 8 ft), and the fixed docks are 8 m (26 ft). Visitors check-in at the gas dock. Emergency service for transient boaters is available seven days a week in the summer.

Brockville Yacht Club has 120 seasonal slips, with dock space for visitor from reciprocating clubs. Check-in with the officer of the day at the visitor’s dock.

Access to port facilities is through the nearby Port of Johnstown located on the north bank of the river just 23 km east of the City. The Port has five wharves totalling 1,900 m (6,233 ft) and the draft measures 9 m (29.5 ft) at each wharf. The port is also served by the CNR and CPR with siding to facilitate 90 rail cars. 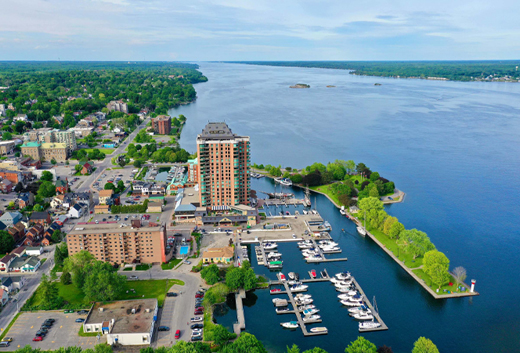 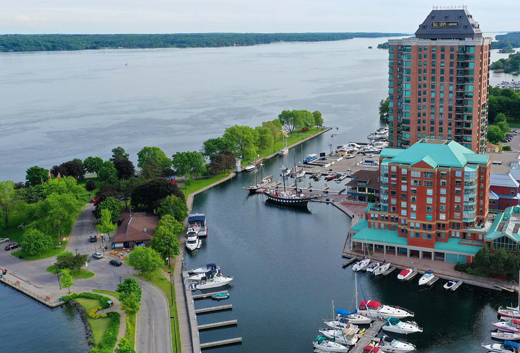 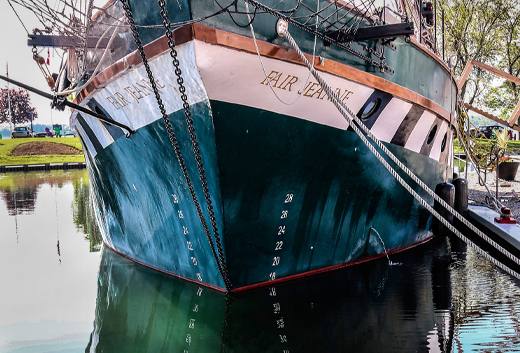